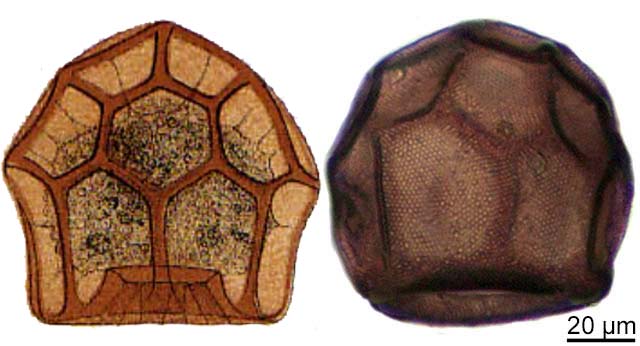 A. spectabilis, drawing after Deflandre, 1928, photographed shell from the Diepveen, Netherlands.

Diagnosis: Shell commonly slightly wider than high; surface with dimples, varying in number, and regularly arranged. In dorsal view with polygonal contour and slightly rounded corners and more or less concave sides. Aperture with crenulated edge with concentric circle due to the buccal tube. In lateral view, the dorsal surface shows the dimples in several shapes: either a basal row plus a sort of apical pyramid truncated or not or two superimposed basal rows plus an apical pyramid. Apertural side deeply invaginated with a long buccal tube.

Remarks: I have found this species for the first time in a peat bog, called Diepveen, the Netherlands, 2017, where I also found A. mitrata which was much larger (120-130 µm). Based on the description of Deflandre (1928) and my own observations I’m convinced that A. mitrata var. spectabilis is a separate species. Later on (2019), I also found this species in other peat bogs, the Ganzenpoel and the Davidsplassen, both not far from the Diepveen and all in the northern part of the Netherlands.

*) Note : A formal change is not required in this case according to the International Code of Zoological Nomenclature: (1) According to article 45.6.3, as the name was published before 1961 using the abbreviation var., it is deemed to be subspecific rather than infra-subspecific and therefore falls under rulings for species-group nominal taxa (Chapter 10). (2) According to article 46.1, names established at either species ranks (species or subspecies) are simultaneously established at the other rank, with same author and same type. Authority thus is unchanged. 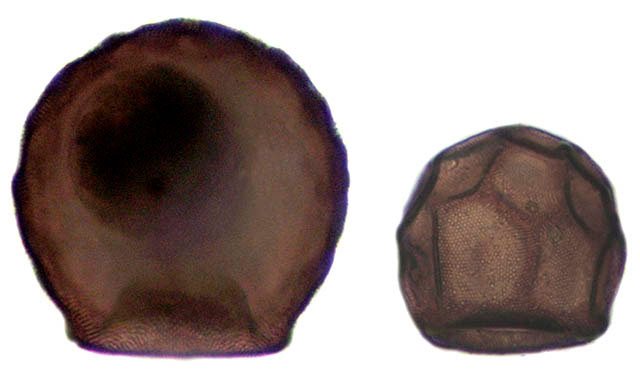 A. mitrata (l) and A. spectabilis (r), both from the same sample, Diepveen, Netherlands. 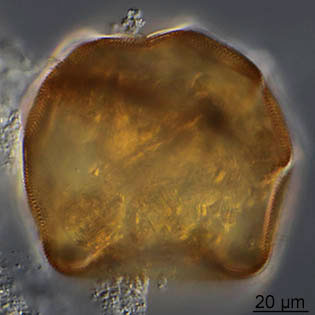 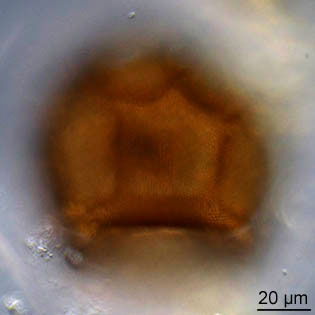 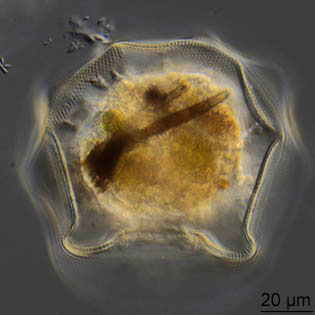 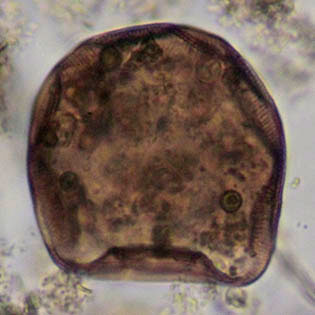 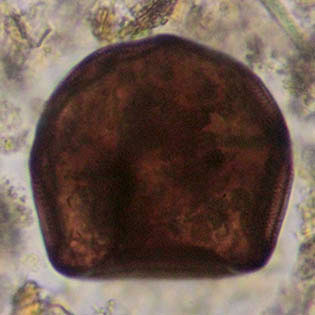 A. spectabilis, notice the crenulated edge of the aperture (L). 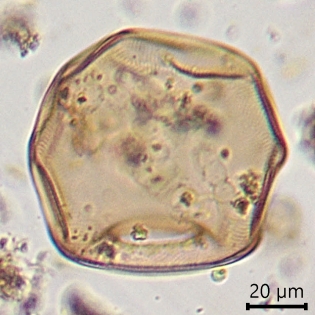 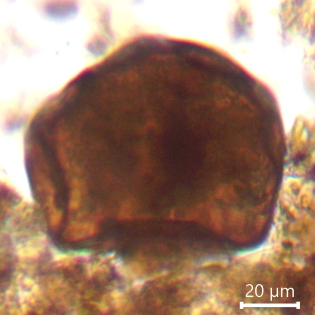 A. spectabilis, from Davidsplassen (l) and Ganzenpoel (r), the Netherlands (2019).
Menu

A. rotundistoma, from Korganova, 1987 Genus Apolimia Korganova, 1987 Diagnosis: Shell ovoid, quite large, opaque, round in cross section, densely covered with round or oval

Infraorder Cylindrothecina González-Miguéns et al., 2022   Diagnosis:  can be diagnosed by its specific sequences of the mitochondrial and nuclear DNA  markers (COI, NADH and